Home > About Us > Our Patron 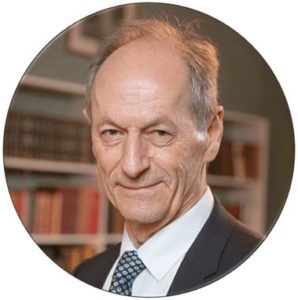 Professor Sir Michael Marmot is Professor of Epidemiology at University College London, Director of the UCL Institute of Health Equity, and Past President of the World Medical Association. He is known worldwide for his research and policy advice to the World Health Organization and has advised many local and national governments and organisations throughout Europe and the rest of the world. Professor Marmot has led research groups on health inequalities for over 40 years.

We are incredibly lucky to have one of the world’s leading researchers into the impact of inequalities on health and wellbeing as our Patron, especially as this is the first time he has become involved in a smaller organisation.

Upon his appointment Sir Michael said

“This is a chance to see my team’s advice help shape delivery across the City of Newcastle.  Where we live, who your parents are, your education, income and lifestyle all impact on our health and wellbeing.

Many people in Britain are still being unnecessarily disabled by ill health and are dying prematurely due to health inequalities.  We have the evidence to know what action to take to reduce health inequalities, and that’s exactly the message Healthworks is aiming to spread.”

In 2010 the Marmot Review Team published Fair Society, Healthy Lives.  This was the culmination of a year-long review into health inequalities in England which Sir Michael was asked to chair by the Secretary of State for Health.  The review proposed the most effective evidence-based strategies for reducing health inequalities and was adopted by the Government and many Local Authorities.